A lot happened to me in 2013: a death in the family, a birth in the family, ended a job (THAT was some drama), started a job. I also got my cosmetology license reinstated (purely for the pro products--I'm not going back to being a hairdresser). I did a bit of traveling despite being very broke: Florida, Boston, Philadelphia.

My husband and I have shared new year's "resolutions." Instead of giving something up, we like to take something on. This year it was learning how to do Tarot readings. I think we succeeded. Seems fitting I'd do a reading for next year. I'll just do a one-card reading (from the Deviant Moon deck), since I've got a party to go to.

Email ThisBlogThis!Share to TwitterShare to FacebookShare to Pinterest
Labels: occult

So I did a post about trends in 2013. thought I'd modify them to predict next years trends.

1. current trend that will continue next year: crop top with high-waisted something. 90s trends are going to continue and I feel this look can be dressed up (to the office, etc) and down (streetwear).
2. Goth trend. I think nu-goth will win over pastel goth 3. trend that will die next year: printed leggings. looking at you, black milk. I think the social media that made these so popular is choking these fads. With cheaper brands doing these too, it's completely oversaturated.
especially: Email ThisBlogThis!Share to TwitterShare to FacebookShare to Pinterest
Labels: trend

Hope you've all been good. 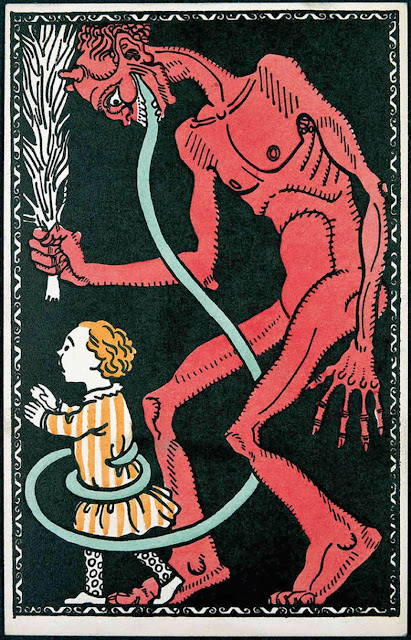 1. Favorite trend of the year that will no doubt be out of style next year (ex-cybergoth me is weeping at the awesomeness of these): Hologram


2. Favorite trend that will continue next year: shapeless black thing Email ThisBlogThis!Share to TwitterShare to FacebookShare to Pinterest
Labels: trend

This is easy: the undercut/sidecut/bilevel cut. It's had a number of names over the years. Most of you bloggers have it, and it's easy to see why. It's as easy to take care of as short hair, but it's got the benefits of long hair. It goes with every style and with every color. I've NEVER seen this hairstyle look bad on anyone. It's the easiest haircut to DIY too. and you don't have to style it!
Read more »
Posted by Mutant Stomp Friends at 1:30 PM 9 comments:

Email ThisBlogThis!Share to TwitterShare to FacebookShare to Pinterest
Labels: hair

Here I am, posting stuff without doing any research. What do people consider nu-goth music? No idea. I don't think there're and bands billing themselves that way, no matter how many times they show up on my tumblr feed.

I made a nu-goth playlist, and this is what I have on it. I picked these songs based qualities that the fashion has, which is:


Crystal Stilts
Local band out of Brooklyn (though they ARE just doing a world tour, so I guess not so local anymore. BTW best music = Brooklyn). The singer's voice is just so beautiful, I want to weep. The band doesn't bill itself as a goth band--it's quite indie, but very dreary. If nu-goth had a sound, I would definitely say this is it. Minimal, dark, grungy. Magnetic Moon is and old song and easily the most trad goth. and Star Crawl is just beautiful...and the video is cool too.

In another time, in another place

read about the challenge here.

What would I like to wear if I didn't wear dark fashion? That's a different story. If I could think of a perfect, happy version of myself, I'd picture some prairie girl homesteader living in some cottage. Or out in the field. Whatever. So I'd probably say Mori.