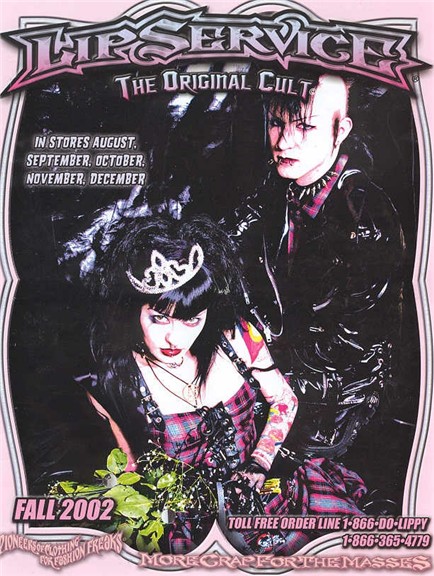 Update: I'm concluding Lip Service is dead. The website is down, the instagram has been deleted, twitter and facebook haven't been updated since 11/15. I tried emailing Widow's customer service (the widow site, btw is still live) and the email BOUNCED. They are still selling clothing on the site and the customer service email is DEAD. Wow! Here is the only statement I found on the matter from someone with more authority than myself, an alternative clothing retailer, Never Coast Clothing: 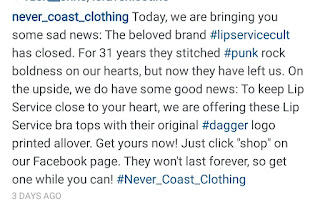 Ok, so since the guy who started the Lip Service alt clothing brand died, the brand has kind of been dying. New looks weren't coming out, and they downsized to a few staples. As of this writing (4/10 night) the website is down. I'm kind of sad it's dead and gone...I was always looking forward to their new fresh take on alt fashion each season. They covered every genre from romantic goth to industrial, and even some genres that I don't think ever existed...like 20s mobster goth.

Up until recently, they had some good designs! I think I realized something was wrong when they stopped making new designs about a year ago. Maybe they were focusing their efforts on Widow. I don't really know.

Lip Service was a guilty pleasure. I didn't really wear the stuff I bought from them too often. These styles aren't really too wearable...they're pretty much just for the club. I think I've worn each maybe once or twice (aside from taking photos). So, by the way, I don't know why I opted for the glitter pants (below) when I could have gotten the miniskirt. I would have worn the miniskirt to work or anywhere, but vinyl pants...really that's only for the club and in a very specific temperature range. 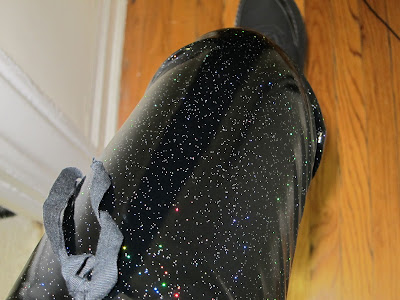 Was the owner's death the main cause of its demise? Nobody knows. I kind of feel that the goth clothing "brands" are dying, as people are more likely to go shop at H&M or F21 or other fast fashion stores. Also the goth look isn't so in-your-face clothingwise anymore. At least where I live. And the places I go online.

Does anyone know what happened to Lip Service???

Email ThisBlogThis!Share to TwitterShare to FacebookShare to Pinterest
Labels: shopping