I'm taking a stand and letting you know what makes someone a goth, as per this challenge and re "world goth day" posts (and how corp goth was that sentence)

I spent a really lame (...or awesome?) saturday night watching goths call each other posers on youtube. 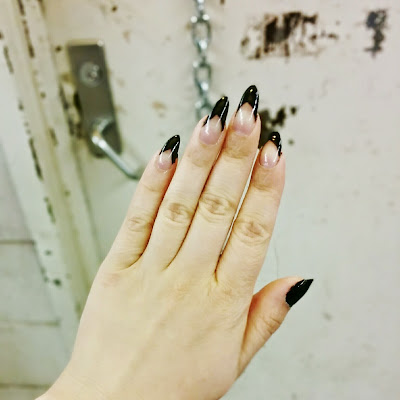 So as I've been faithfully reporting, the fashion gods have decided that we need 70s shit, so here it comes. Also I actually had some time to head to a few fast-fashion stores and noticed 1) damn, the 70s shit is here and 2) my 2014 trend prediction of unusual hair accessories doesn't seem to be a 2014 trend, but a 2015 trend. Maybe I'm so great at trend predictions, i'm TWO years ahead, baby. But that's another post for later.

So yeah, I saw a large amount of macrame stuff (a craft style that's based on knot-tying) at the stores. I feel like a few years ago that meant the trend is already over, but since those stores knock off runway fashion so quickly and efficiently, maybe it'll stay around.