So, you probably know by now that I'm pretty much ex-cybergoth/industrial, so naturally I'm loving the hologram trend and the clear trend that's been going on during summer. Now summer's over.... maybe some of this stuff will be on sale soon!

I've got a pair of real beetle wing earrings that I got from Evolution in Soho that fit well with the trend: 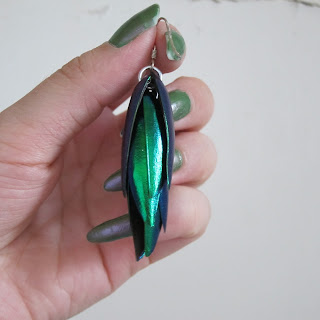 I don't know why exactly I'm liking the clear trend. I think because it's so odd. Like those clear platforms. Also ghostly. 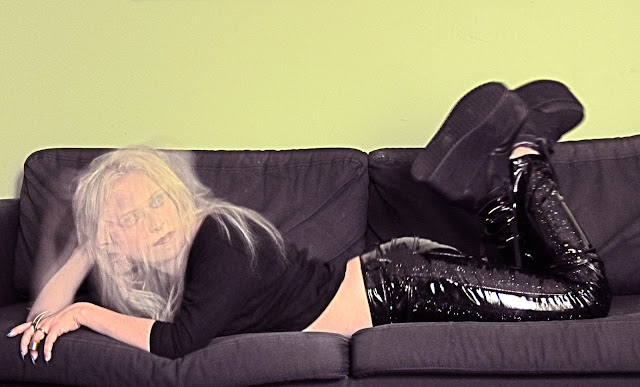 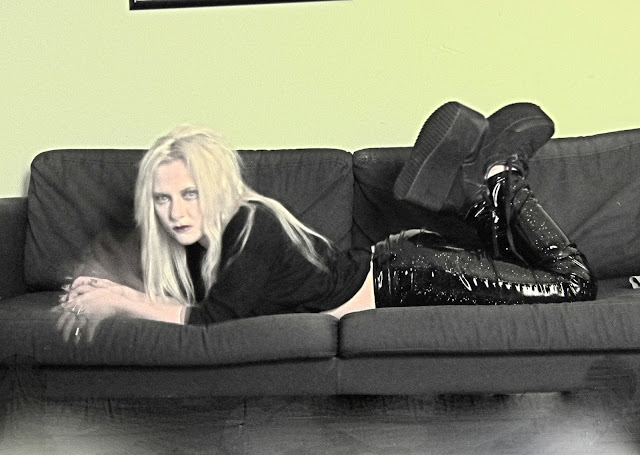 Email ThisBlogThis!Share to TwitterShare to FacebookShare to Pinterest
Labels: lookbook

Sorry I've been gone! I just came back from Boston. I was kind of ho-hum about going at first, but the city won me over pretty quick. My midnight walk through the cobblestone streets of Beacon Hill was probably my favorite part. This section of the city is so colonial...you just feel instantly transported. 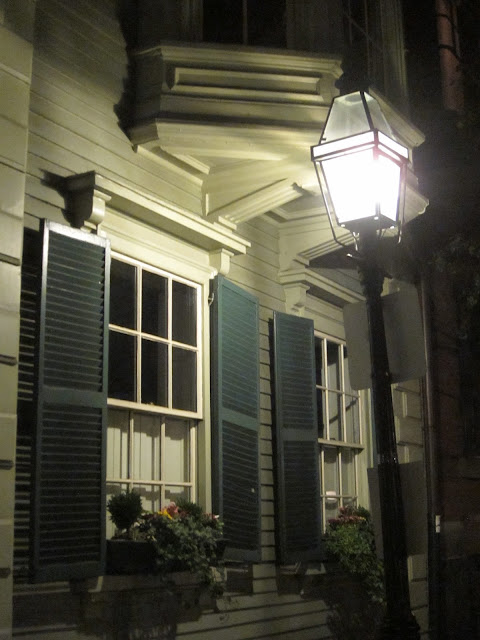 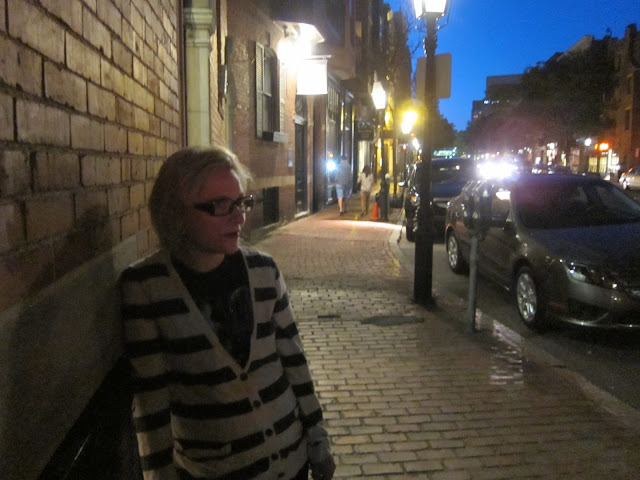 Email ThisBlogThis!Share to TwitterShare to FacebookShare to Pinterest
Labels: travel

Ok guys, two more piercing-related posts and I'm done with what's now body-mod month. Just this one and the one on my septum (forthcoming!)

So, today I unceremoniously got rid of my lip ring/labret. I woke up at 6am, about an hour before I was supposed to wake up for work, and finally had enough and just yanked it out and put it on the nightstand. I went back to sleep and when I woke up, the hole was pretty much closed up. 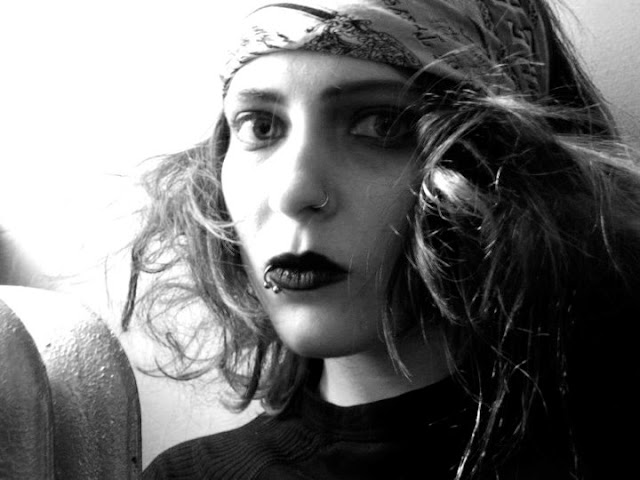 Seriously, no regrets about that. I've been wanting to get rid of this thing for a while....
Read more »
Posted by 5th Avenue Goth at 9:01 PM No comments:

Read more about the challenge here. Haha, what will I do when I'm done with this challenge?

My fiction writing and my roleplaying characters influence my style a bit. Also other books...it's kind of like method acting...or cosplay. Also, NYC itself is pretty inspiring for style. You've got everything from gutter punks to the high-end dark couture. For a while, when I worked at an art book publisher, I was heavily inspired by the gallery scene: mostly big black baggy things with a hipster flair.

Read about the challenge here.

Yeah...I sometimes make mistakes buying things. Usually when things are on sale. Whenever I think of wardrobe regrets, I think of EVERYTHING I ever bought from this store called Ragstock in Chicago. Yeah, I don't live in Chicago anymore, but IDEA of this store exists in every state/country anywhere.

Basically, take your cool alternative neighborhood. There's the vegan-organic-fairtrade place you can eat for lunch...else cheap pizza. There's a local music bar. There's the place that's lax about their bathroom policy but you never eat there... then theres the coffee shop where you end your night. There's a clothing store you actually want to shop at.... and then, there's a shitty vintage shop that's a cross between an actual vintage shop, a cheap hooker-clothing store, and a dollar store. It plays loud punk music, everyone that works there is cool--and the prices are so cheap! WOW! what a hidden gem! until you go try everything on... everything looks like it should be cool... but you try it on and it looks... off. Off enough to give you a bad feeling, but not enough to make you not buy it... like the uncanny valley of alternative fashion. EVERYTHING I ever bought here ripped, fell apart, was scratchy against my skin (a few hours later), made my skin burst out in a rash, or just looked STUPID. Fuck this place. We've got these "Ragstock"-like places on St. Marks Place in NYC, but I know better than to go there.

Email ThisBlogThis!Share to TwitterShare to FacebookShare to Pinterest
Labels: being bitchy, shopping

Quick rant: Am I going crazy or is shopbop photoshopping merchandise on their models' heads? Look at this listing:

So I've been talking to tattoo artists and piercers the last few weeks and I've been asking all of them, "What are the hot new tattoos (or piercings) that everyone is getting these days?" I'm not going to attribute these to anyone...so you'll have to just trust me here.


Top Tattoo:
words on your ribs 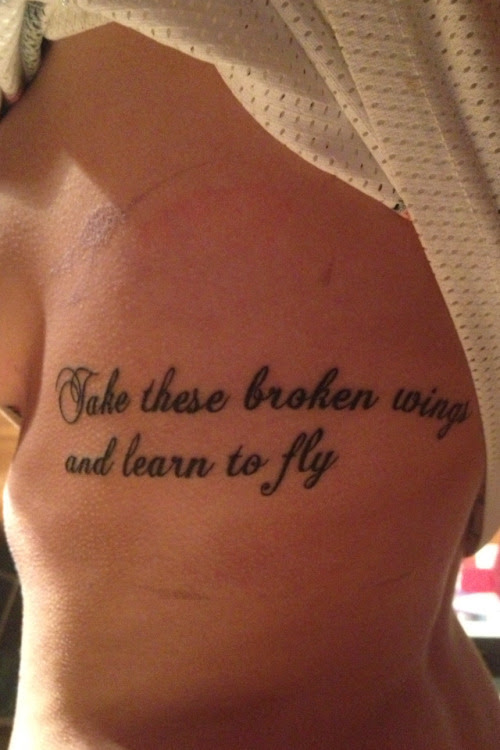 This was pretty unanimous. Every artist or receptionist told me this is what all the kids are getting these days. Other notables: words on the side of the hand, feathers, owls, the infinity symbol (?) 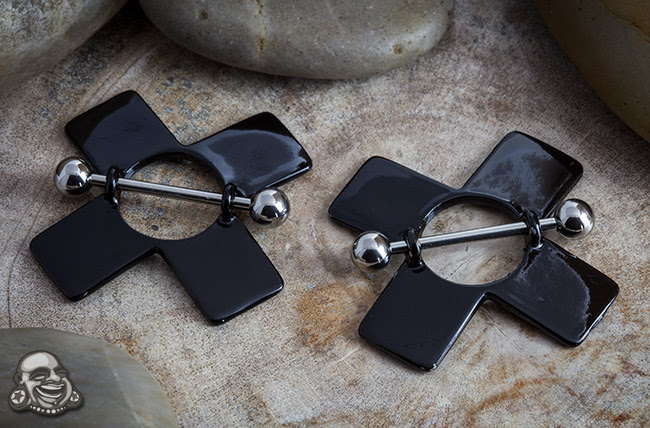 yep, sudden spike in nipple piercings. A few others said there's been a spike in navel piercings, but they said that happens in the summer. One piercer said he noticed a spike in older folks coming in for piercings... old like in their 40s-50s...odd

Thoughts? Those of you across the globe, what's trending in your neck of the woods?

Read about the challenge here

I love love accessories! Bigger is always better for me with accessories. It's probably why I stretched my lobes to a 4g. Seriously, no regrets with that choice.

Shadowrun and other geekery

(First off, if you're one of the few people who don't know what tabletop gaming is...it's basically when you sit around and tell stories/play pretend with your friends according to a set of rules. World of Darkness, Dungeons and Dragons, Warhammer... etc.)

Not sure I mentioned this before, but I recently concluded GMing my Dresden Files tabletop roleplaying game. I'm always happy when a game finishes because the story's done and not when players or the GM goes crazy and quits. One of my favorite players, the one who loves wild and crazy ideas and wackiness, decided to start up a Shadowrun game. 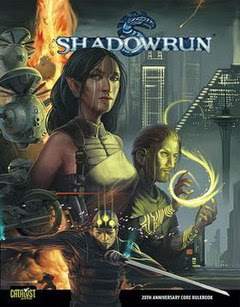 Shadowrun is a game set in a classically cyberpunk setting. Corporations rule, the divide between the rich and poor is insane, Judge Dredd-style building complexes, anarchy, corruption, cybernetic implants, commlinks... you get the idea. BUT there's also mages, vampires, orcs, trolls, etc in addition to humans.

My mother doesn't usually fit the Russian stereotype, but she sometimes does. She can be really superstitious...amazingly so. She couldn't sell her house, so she told the Russian realtor "I think there's an Evil Eye on my house or something." The realtor said, "Don't worry! A common concern! We have someone just for this." and... I shit you not... an old lady came around and 'removed' the Evil Eye somehow.

So, I had a library full of witchcraft and pagan stuff and all of that. My mother also used to consult a regular deck of playing cards--spades, diamonds, hearts, clubs--and "accurately" predicted the future. I still don't know for sure what system she was using, but I'm pretty sure it was the Tarot. She refused to tell my fortune, though she did let me get a reading once when I was 14. (no, nothing was accurate)

Then I met the man who would later be my husband, who was into the occult and had a tarot card deck--the Tarot of the Witches. (I kind of love that he chose the witches deck over the testosterone-he-man deck). He only did readings with the Major Arcana.