Despite having a fashion blog, I don't actually go out and buy things too often. However, I do go out and check out the sales during sale season, when retailers are getting rid of their fall stuff.


I thought I couldn't beat the McQ top....until I came across a pop-up United Nude shop near my old stomping grounds of Soho. So I've ALWAYS wanted shoes from this "concept shoe" brand that does shoes for Lady Gaga and had a million shoes at the Killer Shoes exhibit at the Brooklyn Museum a while back. I'd wanted this exact "mirror" shoes since forever. It's too cold to wear right now, but once it's warmer... 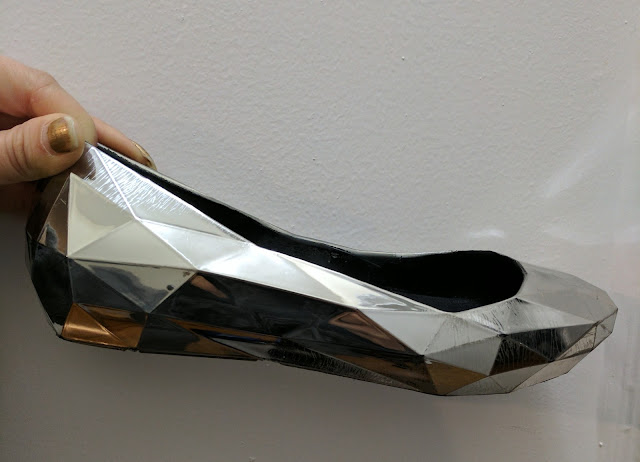 Only $40! They were originally $363! Apparently they are discontinuing the style because the mirror finish on the shoe doesn't hold up so well. Lol I'd be pissed if I paid full price! They are so awesome I scream every time I look at them. When Nu-Cyber (I just made that up) rehashes the old cyber, I'll be ready.

I also got some work clothing that was totally lucky: I was walking down Park Slope at an indie brand that's usually too expensive for me (everything handmade in italy) but they had a sign on the door saying everything was $10 for the end-of-season sale. It was picked-through, but I got a black batwing sleeve dress and a plain black dress, both great for work, both already worn and wrinkled. I'll update this post when I get a picture...

Did you get anything cool at the end-of-season sales?
Posted by 5th Avenue Goth at 12:30 AM